The poor and homeless are desperate for water,
their tongues parched and no water to be found.
But I'm there to be found, I'm there for them,
and I, God of Israel, will not leave them thirsty.
I'll open up rivers for them on the barren hills,
spout fountains in the valleys.
I'll turn the baked-clay badlands into a cool pond,
the waterless waste into splashing creeks.
I'll plant the red cedar in that treeless wasteland,
also acacia, myrtle, and olive.
I'll place the cypress in the desert,
with plenty of oaks and pines.
Everyone will see this. No one can miss it—
unavoidable, indisputable evidence
That I, God, personally did this.
It's created and signed by The Holy of Israel.
Posted by Bee Happy at 11:37 PM Links to this post

Originally published by Dionne Mahaffey of Sandy Springs, Ga., the post was liked by more than 23,000 people and has been shared more than 127,000 times.

But Mobile isn't getting a village of tiny houses anytime soon.

The photos used in Mahaffey's post actually depict the micro-houses that are part of Community First! Village being built by Mobile Loaves & Fishes, an Austin, Texas-based social outreach ministry.

The Mobile Loaves & Fishes website (www.MLF.org) describes Community First! as "a 27-acre master-planned project in East Austin designed to provide affordable, sustainable housing and support for Central Texans who have been chronically homeless."

The project is "80 percent through construction, said Alan Graham, the chief executive officer of Mobile Loaves & Fishes. "We'll be done within the next 60 days and start moving people in."

Community First! includes a mix of affordable housing options, from fifth-wheel RVs to micro-houses to canvas-sided cottages, with amenities including a community garden, a chicken operation, bee hives, a medical facility, WiFi, walking trails and much more, according to the website.

Graham said he was unaware that photos of the tiny houses were being used to promote the idea of a homeless village in Mobile until he was contacted by an AL.com reporter. "But there's no heartburn here" over the mistake, he said. "It's no hair off our backs at all."

The mistake occurred, presumably, because Austin's "Mobile Loaves & Fishes" was confused with the name of the city of Mobile.

When asked via email if he knew about a proposed tiny house village, George Talbot, senior director of communications and external affairs for the city of Mobile mayor's office, wrote, "I can only speak for the City, but it's not one of our initiatives." He suggested that it could be "a private deal or nonprofit/church project."

"It's not happening yet, but we have people who are looking into it," Housing First Inc. Chief Executive Officer Eric Jefferson said. "We do have an interest as an organization in tiny homes, and we're trying to get the infrastructure in place to do that."

Jefferson first heard about the meme Tuesday morning, he said, when the chief operating officer of the homeless coalition made him aware of it.

Housing First is trying to turn the former Days Inn hotel on the Beltine at I-65 and Airport Boulevard into affordable housing units – a $10 million project, Jefferson said.

According to the most recent point-in-time count done on Jan. 29, Jefferson said, 640 individuals in Mobile and Baldwin counties met the "homeless" criteria as defined by the U.S. Department of Housing and Urban Development (HUD). "But that doesn't take into account the number defined by the Department of Education as being homeless," he said, which includes some 6,000 kids.

"We're working with two and sometimes three different definitions," he said. "But the overall homeless numbers are down."

In the past three years, he said, 25 percent of people in the Housing First program "have gone to self-sufficiency," meaning they can pay their own rent and bill and don't need additional services.

A tiny house village to house homeless people isn't on its way to Mobile "yet," Jefferson said – but he anticipates that it could be on the horizon.

Dionne Mahaffey, who apparently originally posted the meme on her Facebook timeline – writing "C'mon Atlanta" and tagging nine of her friends, including a few in Mobile – is, according to a short bio on her Twitter account (@atlcelebrity) an "entrepreneur, volunteer, journalist, life coach, techie." She did not respond to a request for comment.

http://www.al.com/news/mobile/index.ssf/2015/09/is_mobile_building_a_tiny_hous.html
Posted by Bee Happy at 3:14 PM Links to this post 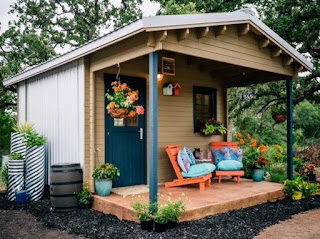 Tiny Houses for the Homeless
Posted by Bee Happy at 2:08 PM Links to this post

By the end of 2015, the chronically homeless population of Utah may be virtually gone. And the secret is quite simple:

Give homes to the homeless.

Even Pendleton used to think trying to eradicate homelessness using such an approach was a foolish idea.

"I said: 'You guys must be smoking something. This is totally unrealistic,'" Pendleton said.

But the results are hard to dispute.

"It's a philosophical shift in how we go about it," Pendleton said. "You put them in housing first ... and then help them begin to deal with the issues that caused them to be homeless."

Chronically homeless persons — those living on the streets for more than a year, or for four times in three years, and have a debilitating condition — make up 10 percent of Utah's homeless population but take up more than 50 percent of the state's resources for the homeless.

The Homeless Task Force reported it costs Utah $19,208 on average per year to care for a chronically homeless person, including related health and jail costs. Pendleton found that to house and provide a case worker for the same person costs the state about $7,800.

For six years, Suzi Wright and her sons, DJ and Brian, shuttled among friend's homes, a van and the Salt Lake City homeless shelter.

After Utah gave Wright a two-bedroom, two-bathroom apartment, she got a job as a cleaning supervisor at her apartment complex.

"It makes you feel a lot better about yourself, just being able to support your family," Wright said.

Those given apartments under the Housing First program pay rent of 30 percent of their income or $50, whichever is greater.

Army veteran Don Williams had been sleeping under a bush for 10 years when Utah offered him an apartment.

When he realized they weren't joking, he "jumped for joy," he said, laughing. "It was a blessing. A real blessing."

http://www.nbcnews.com/news/us-news/utahs-strategy-homeless-give-them-homes-n352966
Posted by Bee Happy at 6:42 PM Links to this post

Fasting in the Word 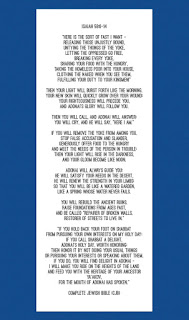 Posted by Bee Happy at 12:59 AM Links to this post

Abba Father, We come boldly before Your throne to obtain grace to help in time of need. We have confidence in Your Word, and we take hold of Your promises to heal us. According to Isaiah 53:5 and 1 Peter 2:24, We resist sickness and disease. We speak with our mouth and believe in our heart that we are healed of all sickness and disease.

Your Word says that Jesus bore all our sickness and diseases, and He carried our sorrows, so we receive healing now. We know and declare that Jesus is our Healer. We give You all the praise for providing everything we need to walk in wholeness.

Thank You for satisfying us with long life. Abba Father, we are thankful that You are no respecter of persons. What You do for one, You will do for all who ask and believe by faith.

Satan, I declare to you in the Name of Jesus that you have no authority over me. According to Matthew 18:18, we bind you from operating against us in any way. Our life is hidden in Christ. You have no power to bring any part of the curse upon us. We take our stand as one who is redeemed from the curse. So you must flee now! We take our place in God and we resist you.

Abba Father, we worship You. We give You reverence. We confess that Your Word will not return to You void. We praise You for Your protection and for Your goodness upon our lives. We thank You that Satan is unable to penetrate that. Thank You for bringing total healing to us. Your Word says whatever we ask for in the Name of Jesus will be done for us. So we declare this is done. Our healing is complete. In Jesus Name! Amen.
Posted by Bee Happy at 12:50 AM Links to this post

I declare that I have your favor today

I declare that I am strong and well able to fulfill my God given destiny; I know you are fighting my battles for me.

I declare that I am a victor and not a victim. I may have been defeated in the past but the past is past, this is new day

Every thing I touch will prosper and succeed according to your perfect will because of your favor my Father.

I declare that by your stripes I am healed today. I will live and not die. I declare that you are restoring health unto me, and with long life you satisfy me

I declare that you are smiling down on me today and that your favor will be in everything I do because I am pleasing to you.

I claim right now, Psalm 84:11 that you are blessing me with favor and honor and no good thing will you withhold from me because my walk is blameless.

I claim Habakkuk 2:3 that my vision is for an appointed time. Though it may tarry, I will earnestly wait for it, for it will surely come.

I declare today that I am filled with your can do power my Father. Between you and me, we are the majority and I can do all things through Christ which strengthens me.

I know that your Word says that, "no man has seen, heard or even imagined the wonderful things that you have in store for those that love you" and I want to tell you today that I love you and I want to thank you for loving me.

I want to thank you for your favor today, not because of who I am, but because of whose I am. I am a child of the most high God, the creator of the whole universe.

I commit this day to you

Amen
Posted by Bee Happy at 12:40 AM Links to this post

You are not an accident child. You are a person of destiny. There are gifts and talents in you just waiting to be released. You have potential that you have not tapped into yet. You are a child of the Most High God!!! I want to encourage you to expand your vision and pursue bigger dreams. Stay in faith. Live with expectancy. Know that any moment YOUR SUDDENLY could happen! You will meet someone who has exactly what you need. You could inherit land and gain your inheritance. Suddenly you could get an idea that will lead to promotion. Miracles Happen when you stay connected to the Holy Spirit.
Posted by Bee Happy at 12:37 AM Links to this post 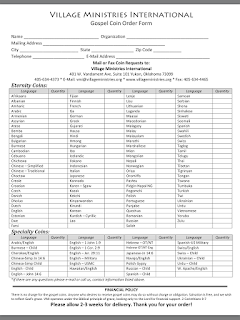 Posted by Bee Happy at 3:13 PM Links to this post